Standing with Those who are Despised 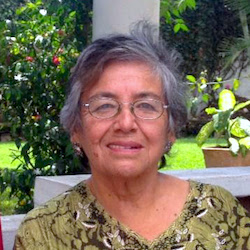 I was just a 13-year-old girl when the so-called internal armed conflict began in Guatemala. I wondered why there was so much hatred and resentment, why there was such discrimination against indigenous populations. Later, as a young woman studying for a psychology degree, I experienced the disappearance and assassination of many professors and fellow students at the university.

From Despair to Hope

One day a brother in the faith invited me to attend SEMILLA Latin American Anabaptist Seminary. There I learned to make the Word of the Lord my own. I learned that the Lord is one, present in diverse cultures and the many ways of blessing. And I learned that our Christian commitment is to accompany the most deprived, marginalized, and despised.

I graduated with a degree in pastoral theology and became the director of Utz Kaslemal (“Good Life” in the Quiché language). In this work, I coordinated the psychosocial-spiritual support of survivors of the war. We accompanied families in the exhumation and identification of their loved ones, buried clandestinely to hide their cruel massacre. We walked with them through overwhelming rage, resentment, and desire for revenge. At times it seemed that only the Spirit of God lived in this place of desolation.

Without the international SEMILLA community, this work would not have been possible. I thank them as we continue to be transformed together, seeking to make the Kingdom of God present, especially in the places of greatest darkness, sharing the love and mercy we have so generously experienced. God’s shalom to you.